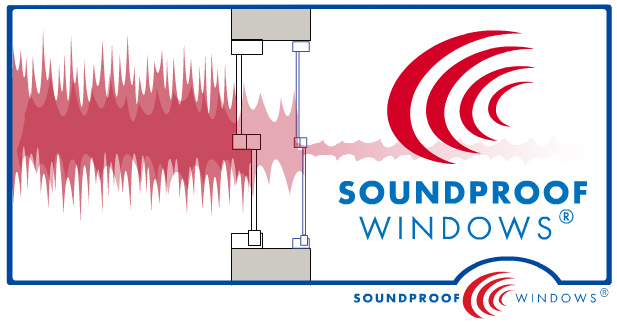 What is an STC Rating?

STC ratings are the ONLY way to accurately compare various noise reduction products. An STC rating is an instrument measurement of how much noise is stopped. The STC ratings allow accurate ‘apple to apple’ comparisons.

The STC rating is the average amount of noise stopped at 18 different frequencies, measured in decibels. STC ratings are a logarithmic scale similar to the earthquake Richter Scale, which means each number is significantly higher than the one before.

What STC Ratings do Windows Have?

For single pane windows, the STC Rating is most likely between 26 and 28. The difference is the glass thickness and how air-tight the window is. Louvered windows can be less than STC rating 18 in many cases.

The STC Ratings for double paned windows usually vary from 26 to 33. Most have good air seals, but the variation is due to the glass thickness and the amount of air space between the glass. The bigger air space and thicker glass is preferred.

Why the STC Rating Numbers are so Close in Value

STC rating measurement uses a special scale like the Richter Scale for earthquakes. An increase from 28 to 38 means 90% of the noise is reduced. A change from 28 to 43 represents a noise reduction of over 95%. Small increases can mean a lot of extra noise reduction. The increase from 38 to 43 mentioned above does not sound like much (90% versus 95+% in reductions) – but going from 90% to over 95% means that 60% of the remaining noise was removed; every number represents a large amount of noise.

Use of STC for Noise Reduction Comparisons

Using STC ratings bases noise on measurable facts, not opinions. The higher the STC, the more sound is stopped; each point is significant and important.

When good, thick dual pane windows rated at STC 35 are installed (replaced existing single pane windows with STC 27), the sound will not be reduced much.

Often, until the STC rating is up in the 40’s, the noise is not reduced enough to stop it from being a significant problem. The human ear becomes more sensitive to sound as the volume reduces, so in many cases, more significant noise reductions are necessary to resolve the problem.